One of the geographical wonders of the world ever discovered is the Rainbow Mountains in Zhangye Danxia Landform, China. The prismatic beauty of these renowned Chinese mountains is basically famous because of the otherworldly rainbow color that they exhibit. The Zhangye Danxia Landform extends along the Qilian Mountain’s northern slope nestled in west China. The place is the representative of one of the colorful Danxia landforms in China and is also the most extensive landscape in the arid region. 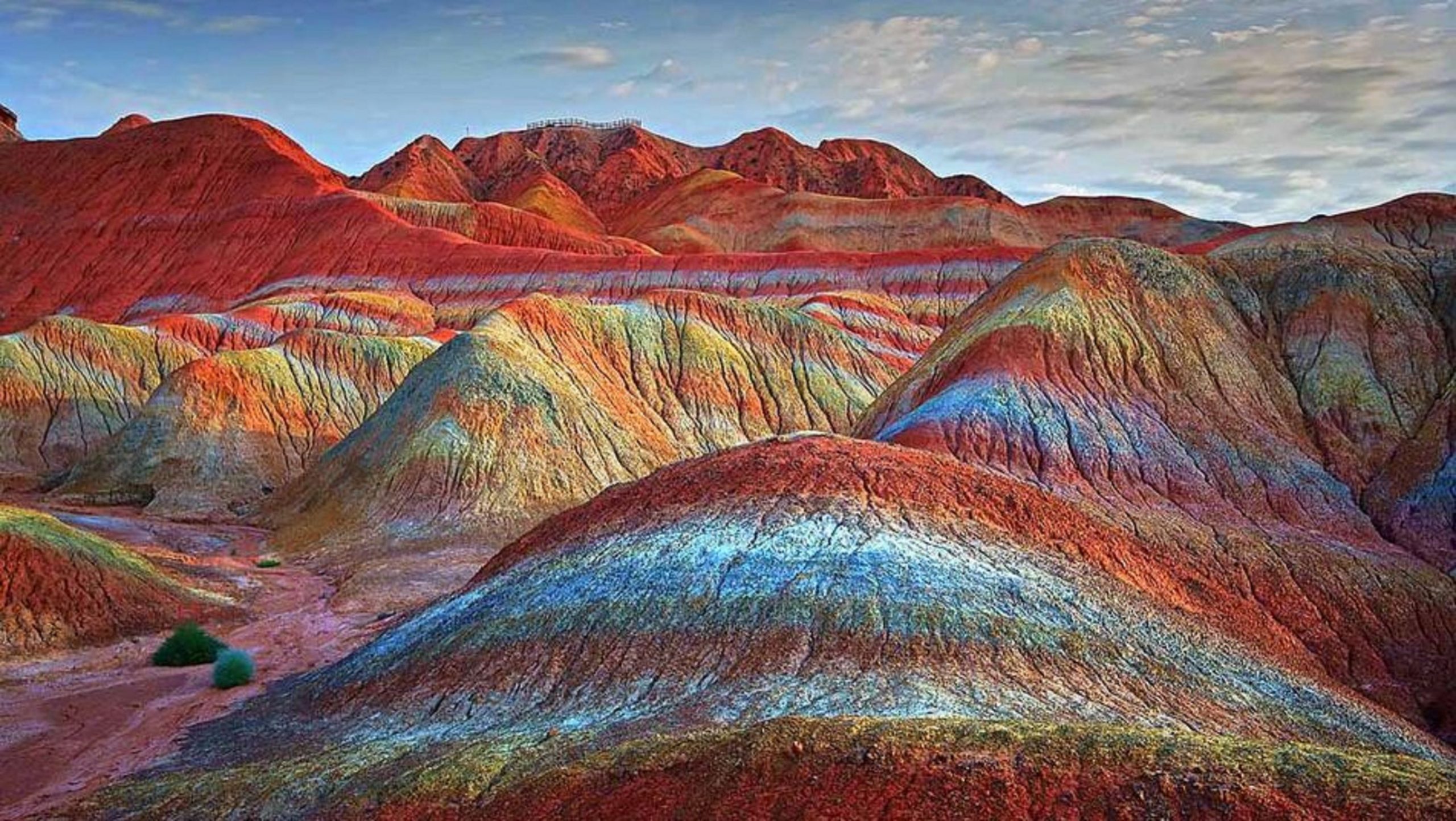 The Zhangye Danxia landform beholds several steep red cliffs, which are hundreds of meters high with multicolored ridges forming multiple strata aligning the horizon. The astounding geographical formations are smooth and sharp at different places and tend to stand tall against the grays and greens of the plains surrounding them imparting a vigor that is magnificent and virile.

The landform demonstrates a kaleidoscope of innumerable red rocky outcrops that resemble weird yet unusual shapes of castles, towers, cones, humans, creatures, beasts, and birds. The gaiety pavilions and mountains produce mirage-like scenes that peep through clouds and mists. The view that the Zhangye Danxia shows is particularly peculiar masterpiece formed by nature. The mountain ridges with a variety of colors can be exemplified as the overturned palette descending the steps of heaven.

Dating back to 540 million years, this region was the part of an ocean. As the tectonic plate collisions took place over the years, the land folded into mountains and managed to rise above the level of the sea. When the area started being enclosed with the river, the deposition of red sandstone began. Eventually, when the ground sank into the formation of the basin, mudstone was further deposited over the red sandstone. With advancing periods, a variety of sedimentary rocks formed, which contained various amounts of ferrous salt in stone and mud. That is the reason; the layers have different coloring.

As the time period of sedimentary rock is varying, the environment in which they were formed was different too due to which the layers have different colors of red, yellowish-green, purplish red, gray, and grayish-green. For the formation of each segment, it took more than thousands of years of time. As the Himalayas began to move, the area was lifted further, resulting in the formation of the river. And the erosion from the rivers resulted in the fabrication of gorges, which led to the creation of the early Danxia. The colorful layers that we get to see today are the output of continuous river and wind erosion through various geographical periods. The visitors are particularly attracted to the Zhangye Danxia landform is because of the colorful amalgamation that the place exhibits. Due to the multiple colors showcased by the Zhangye Danxia, the landform was known to be as the “Rainbow Mountains.”

The Zhangye Danxia is one of the geological wonders that catch all our attention with the exquisite view that it has to offer. Also, the mineralogical and diagenetic processes involved in the formation of the Danxia leaves us all bewildered with the picturesque view of the abundance of greens, yellows, blues, and reds. Nestled in the Gansu province of China –the Zhangye Danxia National Park proliferates over a land of 200 square miles. In the year 2009, the place was undertaken by UNESCO as one of the world’s heritage that should be preserved, which serves the purpose of destination for tourists from China and all across the globe. 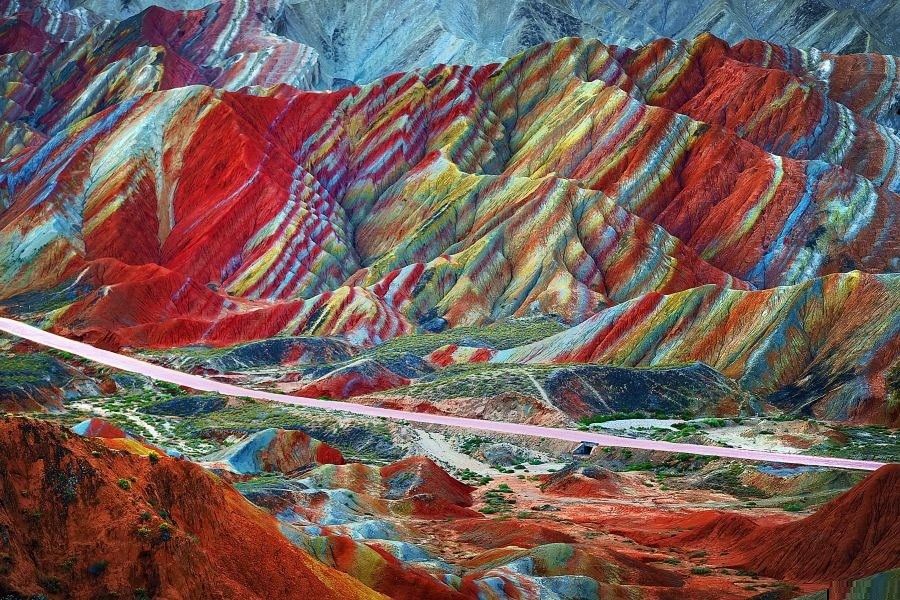 The place is located close to Zhangye city, which is at a distance of 30 minutes if you travel by car. You can also opt for city bus services, which will help you to commute to the park with ease. The entire Zhangye Danxia is divided into four separate platforms. The first platform in your view is the largest and located close to the entrance, which is at a distance of 10 minutes of walk. The Colorful Sea of Clouds platform is the second one, which is further divided into two parts –one is the base, and the other is at the top of the hill.

While you can reach to the base of the second platform with a few minutes of walk, it requires ample effort to reach up to the top. However, the view from the top of the second platform is splendid, and you can capture panoramic views. It is one of the best places to enjoy the sunset. The third viewing platform in your spectacle is known as the Colorful Embroidered platform from which you can have the sight of the very famous Seven-Color fan. 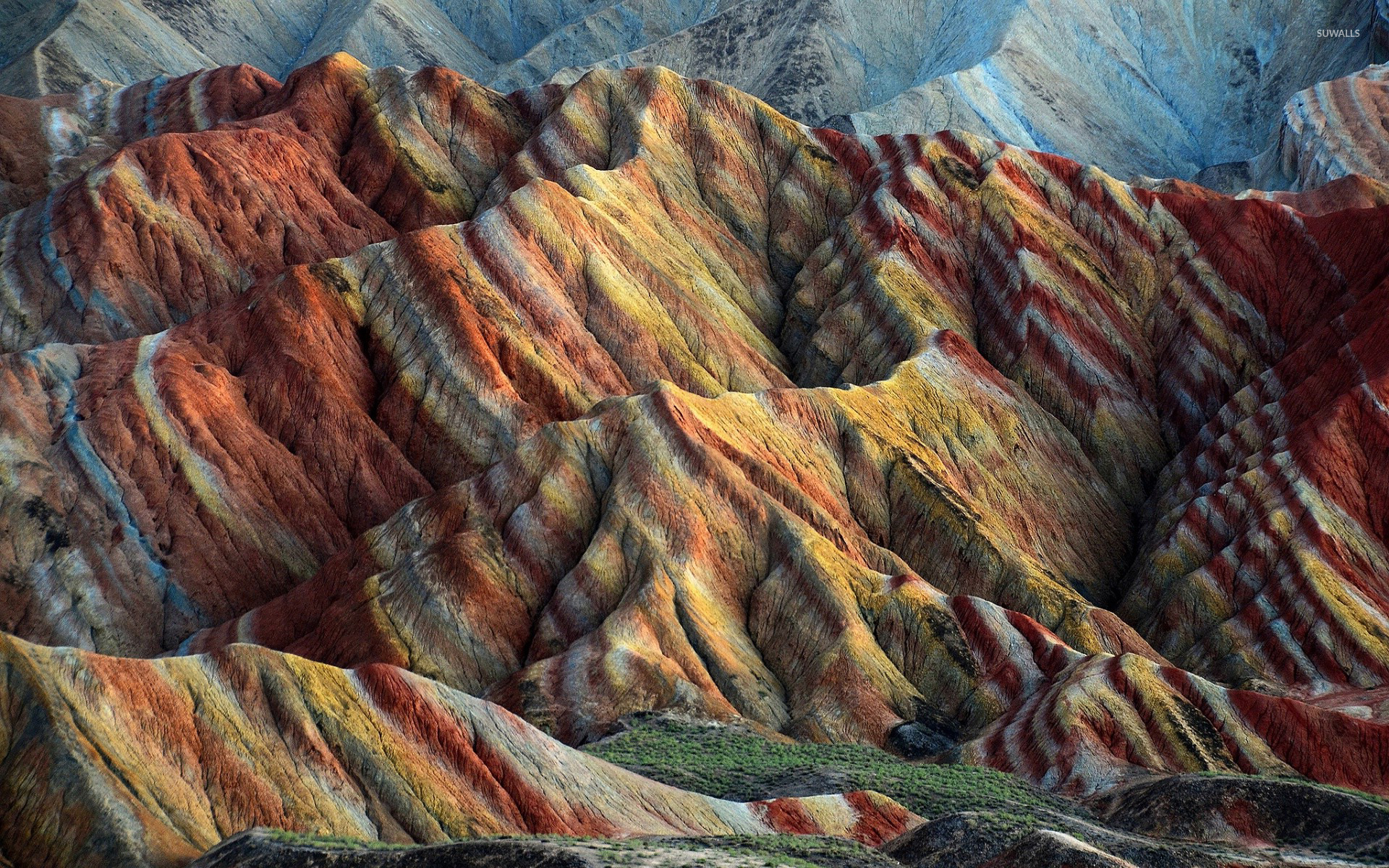 This region looks like as if it is straight out of a painting, with a palette of colors. The fourth and the final layer is –the Colorful Clouds platform, which offers you with the most exquisite and stunning view. The ridge of this layer runs from the east to the west, from which you can have the scintillating view of the Qicai Shan or the Seven-Color Mountain. 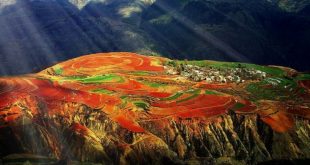 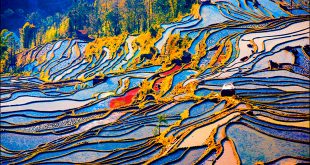 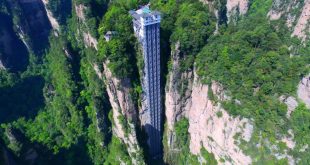 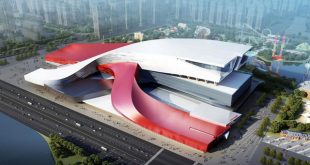