Fast food and even faster growing economy, the United States of America has been one of the trademark country when it comes to modern technology and better lifestyle. However, it’s not just the modern elements that define the US. This country is also famous for having one of the oldest and nationally recognized park in the entire globe named Yellowstone National Park. It was established in the year 1872 justifying its tag of being the oldest. A major faction of the park is located inside the Wyoming state constituting about 91 percent of the total coverage while the rest lies inside the states of Idaho and Montana.

This particular park derived its name from the river named  Yellowstone that flows inside the park. A major faction of the park has forest cover that sums up about 80 percent of the total area. The remaining 20 percent is covered by water areas and meadows.

The park garners attention from tourists all over the world due to natural elements such as geysers, hot springs, canyons, bubbling pits of mud, waterfalls as well as eroded flows of lava. There are numerous wild animals sprawling in this area along with the herds of bison which makes a trip to this park a mesmerizing one. The top ranking attraction of this park is its collection of unique geysers. This particular volcanic activity seen in this park is actually a remnant of the huge eruption of a volcano that occurred about 640,000 years ago.

The Old Faithful is one of the famous geysers that tends to rise up to 106 feet ranging as high as 185 feet. At times, these eruptions can be of 5 minutes spewing about 30,000 liters of water that is of boiling hot temperature. Another similar geyser is the Beehive Geyser that is located close to the Old Faithful with an eruption rate of 8-24 hour gap.

Now when it comes to waterfall, the Lower Yellowstone Falls located near the Yellowstone Grand Canyon is one of the most recognized one with a height of 308 feet and a volume of 8,400 cu ft/s. As you proceed further towards the starting point of this waterfall, you will get to see the Upper Falls which is a sight to relish for long.

The Yellowstone National Park can be a boon for people who love hiking. The area around the Fairy Falls is definitely worth a visit  with a trail covering the Grand Prismatic Spring tagged as one of the most mesmerizing location inside the park. The trekking mostly starts near the banks of river Firehole leading towards  a journey that can last about 2 to 3 hours for an average trekking trip.

Another spot inside the park that is a must visit is the Osprey Falls followed by Union Falls. Another marvel of nature inside Yellowstone National Park is the travertine terraces named Mammoth Hot Springs Terraces. The park often experiences wildfires in frequent continuation. The largest forest fire ever seen in this park was in the year 1988 with about 36 percent of the park area destroyed in the hazard. 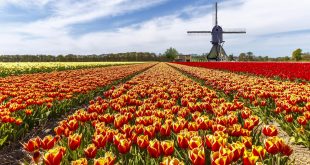 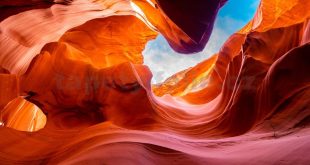 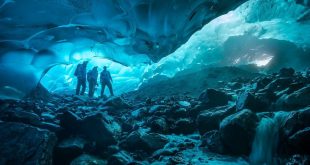 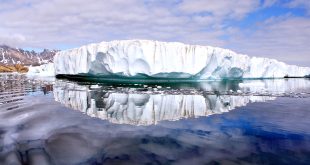