You might have searched for various amusement parks near Chennai or even water parks near Chennai but the VGP Universal Kingdom in the city itself lies along the mesmerizing shoreline with shining white sand. This place leaves you bewildered. This best water park in Chennai is a concept that has been incepted since 1975. Its location is its ultimate appeal which makes it popular with all ages making its name Universal Kingdom quite apt. VGP Universal kingdom is a highly innovative amusement park in Chennai, in fact the best in all of South India.

Their belief and motto is that, Fun is a very serious business. Universal Kingdom provides its guests with the best and most joyous retreat. It gives you a complete entertainment package with joyous and most memorable fun rides. VGP amusement park in Chennai has around 50 rides with sprawling lawns that are by the beach, luxuriant gardens and unique monuments and statues like the Paneer Man and Statue man. They also arrange live international shows and theme festivals every year. Their food courts and multi cuisine restaurants will take you in a different world altogether.

KISHKINTA is a Theme Park spread across 120 acres of land and is one of the best water theme parks in Chennai India. It has landscaped hills and lakes that makes it look very beautiful. It is located at a thirty minutes drive south of Chennai City at a distance of 5 kilometres west of Tambaram Bus stand and the Suburban train station. The philosophy behind this one of the top water theme parks in Chennai is its greenery. It is simple yet divine with the best holistic entertainment with family.

Kishkinta is favorite among the masses because of its fun rides for kids and adults alike. Kishkinta is the best theme water park and one of the top amusement parks in Chennai. It has some thrilling wet and dry rides and is an ideal destination for family. KISHKINTA was a legendary monkey kingdom in Ramayana which symbolises fun and frolic. This theme park was constructed and designed to provide a pleasant and a fun-filled atmosphere to its visitors. It is a perfect getaway for the city people and tourists too. Kishkinta Theme Park has managed to attract huge number of visitors since its inauguration in August 1995.

Queensland is known to be one of the best water theme park in Chennai. It sprawls over 70 acres i.e., 28 hectares of land. It was opened in the year 2003 in the month of August. This park is situated along the Chennai-Bangalore Trunk Road between Sriperumbudur and Poonamallee.  If you want to reach here, you can get buses from Guindy and T. Nagar as well. Note that all the buses that travel from Sriperumbudur stop at Queensland. If you are going by your own car, don’t worry as it provides ample parking space for cars. 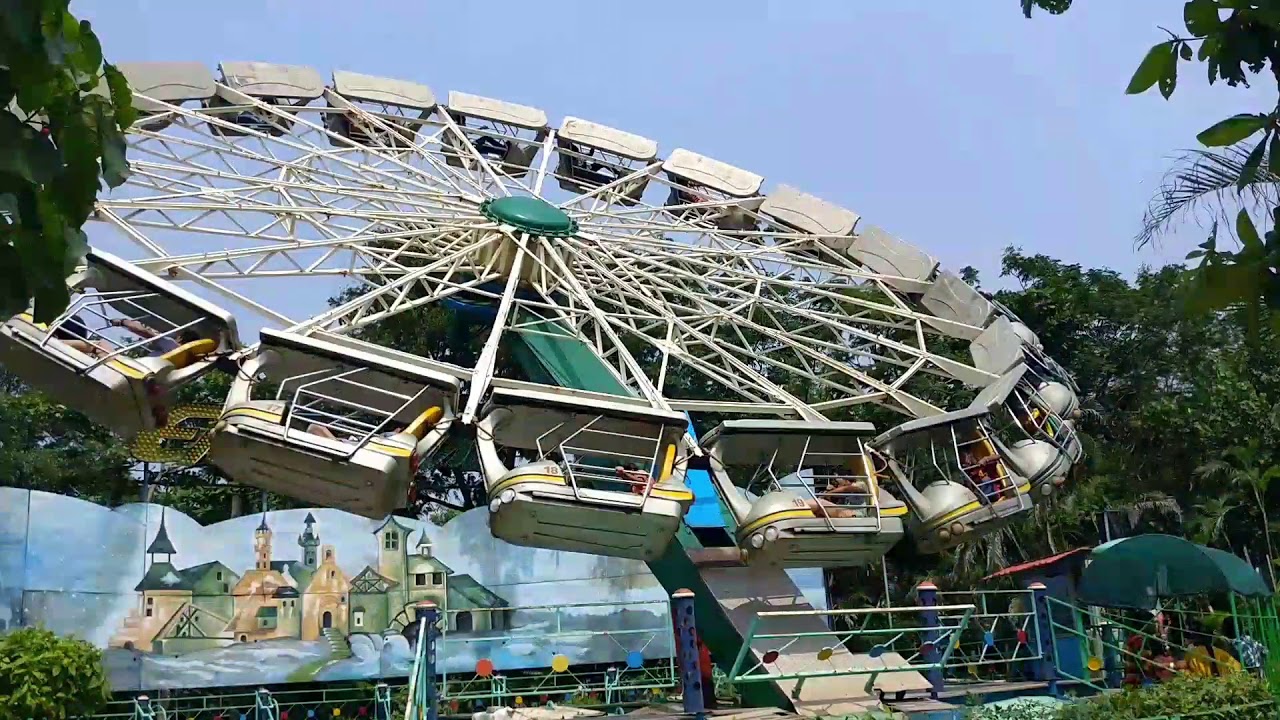 The flagship ride of Queens Land is the Free Fall Tower. Better than a lot of amusement and water parks in and around Chennai, it is one of the most fun filled amusement park. It remains closed on Mondays for the purpose of maintenance. There are 51 rides, 33 for adults and 18 for children. Apart from Free Fall Tower, Super waves is another best ride. Food and drinks and clothes suitable for the water rides can be obtained inside. Separate swimming pools for men and women are also available.

MGM Dizzee World is one of the best amusement parks in Chennai. It was here that the Jurong Bird Show of Singapore was first shown in India (1999). Apart from this the hot air balloon ride (1998) was shown which was the first in the amusement park history. This place is high-energy and pumped up with full of entertainment. It is one of the biggest creation and entertainment parks in India. This park guarantees the best fun time with excellent services and experience. These values are the reason why the customer ratings of MGM Dizzee World, Chennai are quite high. It can be called as the No.1 Amusement Park in Chennai for family entertainment. Here at MGM Dizzee World, you would also find some rare attractions which are best for most scintillating experiences.

It has been certified with ISO / 14001 :2004 and OHSAS / 18001 : 2007. With exhilarating rides that adhere strictly to international safety standards to rides that are a class apart you can have it all here. This park also has an exhilarating amphitheatre which hosts a variety of events. You can also explore the popular Marryworld here. The children world within the Dizzee World is the best for kids and toddlers. This classic and elegant park is designed by Italian architects. It has a lush green and scenic arena along with a blue beach is right in front of the East Coast Road which is at Muttukadu. Located at about 30 kms away from Chennai, MGM Dizzee World is indeed one of the largest theme parks in Chennai with thrills never discovered before. One million eager customers flock here every year and this Amusement Park is absolutely a household name in the entire area of Tamil Nadu. 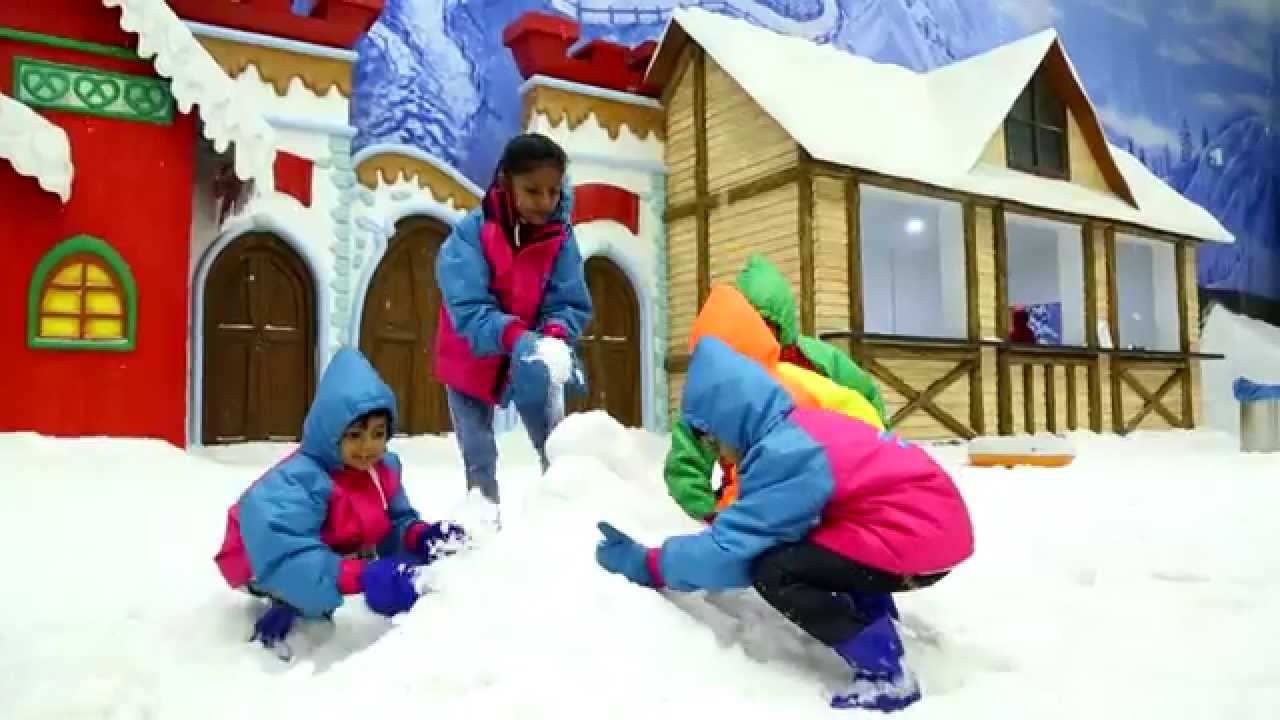 Among the list of water parks in Chennai, VGP Snow Kingdom provides the best entertainment of all. Beat the blistering heat and enjoy the the sub zero temperatures at the Snow Kingdom. This is a great amusement park in Chennai list. It is simply magical here in India’s largest and Tamil Nadu’s first snow theme park. The best snow themed park in all of Chennai, this park is a must visit.

This theme park is situated in the suburbs of Anna Nagar in Chennai city. It is an indoor amusement park constructed mainly for children. It has great joyrides, games and tech savvy innovative activities for children to keep them interested throughout the day. While Bumper Ride and Playpen are two of the best activities here at this park, the fun zone has tonnes of engaging activities too.

It is one of the best amusement park for children, where a lot of people come for picnic and to hang out. Prime Time is highly accessible through various transport routes such as regular bus services that operate from the city. The park also has several food outlets that offer a lot of variety to everyone.

It was located 10 km before the famous tourist spot of Mahabalipuram which was also the landmark for Dolphin city. This amusement park was great to catch up with some fun time with your children, family and loved ones.

Dash N Splash was one of the best water parks at Chennai. This water theme park was inaugurated by Tamil actor Surya in 1995 and was the very first exclusive water park in Chennai at that time. People used to visit this place to beat the heat, sweat as well as dust in the city. With the motto of Refresh Yourself, this theme park was totally shaded with tonnes of coconut trees that gives a lot of refreshment and relaxation. Dash N Splash had many water reservoirs and slides which are suitable for adults, kids & senior citizens alike.

It used to be known as one of the best water parks in Chennai India, Dash n Splash spanned over 21 acres (8.5 ha) right on the banks of the Telugu Ganga project. It used to offer numerous water activities and slides. Some of the popular rides at Dash N Splash were the wave slide, free-fall slide and spiral slide along with swimming pools, an artificial rainfall shower and also a waterfall. It was situated near Poonamallee on Chennai- Bangalore National Highway (NH4). This water park at Chennai was located 30 kilometers (19 mi) away from Chennai City in the Mevalurkuppam Village quite close to Saveetha Engg College.

Waterparks and amusement parks are very important for a fun filled adventurous journey not only for kids but also for adults. It makes you happy and memories lets you craft amazing memories. After going through this list of water theme parks in Chennai you can decide which one to visit. So, whether you are searching for best water park near Chennai or the top water parks in Chennai itself, you can get them all here. Not only that, but you can also check out the best amusement parks in Chennai with entry fee. 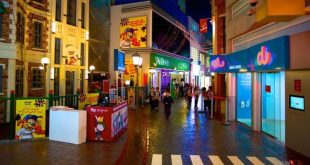 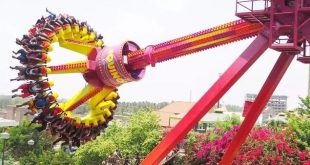 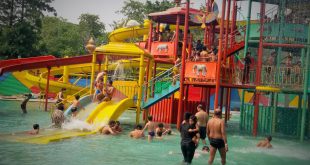 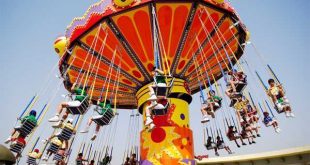 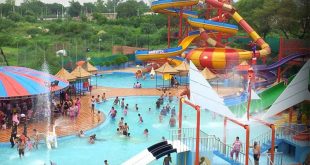