Five Things to Do in Las Vegas

Las Vegas is one of the most desirable travel destinations in the world, whether that is for a bachelor party, some outdoor adventures, or just a holiday to blow off some steam.

Of course, gambling and partying are among the main reasons people jet off to Vegas, but there is plenty more to do in Sin City, and it can be enjoyed by friends, family, or even just yourself.

If you have seen any movie set in Las Vegas, you will know about the Bellagio Fountains, which are not only some of the biggest fountains in all of North America, but they are a stunning sight and unsurprisingly attract lots of people along The Strip.

They are even more impressive in person than you would imagine based on what you’ve seen on TV, and the daily show happens at regular intervals every day.

The beauty of the Fountains of Bellagio sums up just how romantic Las Vegas can be.

Admittedly, visiting casinos in Las Vegas is rather cliche, but it is not a myth that the very best casinos are in Sin City.

It is not the cheapest activity, but if you’re going to Vegas you should probably be prepared to spend more money than you might on other holidays elsewhere.

Vegas has had a big impact on the online casino offering on many betting sites. Bookies like Betfair have Vegas-themed games, and their slots, blackjack, and roulette games make up a big part of their service, as noted in this Betfair review.

The casino experience is not just about the wagering of money, it’s about the atmosphere and the thrill of being in some of the most glamorous places in America.

As the Entertainment Capital of the World, there is no shortage of concerts, plays, musicals, and performances across the city.

You can find an event to go to pretty much every day, and in some instances, you don’t even need to pre-book – you can just show up and have a good time.

Unsurprisingly, the best stuff tends to go down on The Strip, but if you have based yourself in Downtown Las Vegas or even in the surrounding areas, there are sure to be options and it is a great way to kick off any night.

People may not associate Las Vegas with museums, but there is actually an array of interesting venues from which you can learn about some of the city’s traditions and its fascinating past.

The Mob Museum offers a look into organised crime within Vegas and beyond, while the Neon Museum depicts the city’s history through signage.

Gamesters will enjoy the Pinball Hall of Fame, and the daredevils in your party might fancy Zak Bagans’ The Haunted Museum.

In recent years, three major professional sports teams have been established in Las Vegas, and when you add to that the fact that Las Vegas hosts the biggest and best fights in boxing and UFC, there aren’t many better cities in the world for sports fans.

When the big fights arrive in Vegas, there is a huge number of bets placed, both in terms of betting sites in the UK and other territories and live attendees at the MGM Grand, T-Mobile Arena, or wherever it is happening. 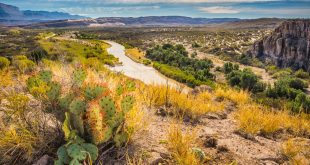 When In West Texas: 5 Fun Things To Do 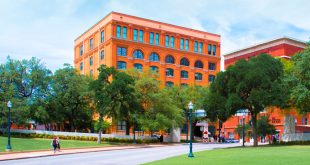 Things to Do When Visiting Dallas