Even as the top name among the rising superpowers, India has always been struggling with its issues in terms of proper development. This is especially in the rural area. However, a remote village in the state of Gujarat has been a landmark example in terms of rapid change and progress brought along with efforts dedicated by the residents of the area. Mere 100 kilometers from the city of Ahmedabad, Punsari Village is the textbook case for development in the country. Decked with plants for water purification, closed-circuit cameras, Wi-Fi, Air-Conditioned Schools, and biometric machines, this village cflaunts anything and everything you can think of. And best of all, this achievement was possible within a short time-frame of 8 years with total costing of INR 16 Crore.

Man behind the Change

The man who initiated the first move and inspired this transformation was a young sarpanch who took charge of the area post 2006 panchayat polls. He was Himanshu Patel, who won the position at 23 years of age and thought of this transformation at the age of 31. Back in those days, even as the country was in the first decade of 21st century, this village was very backwards in terms of power, water, or properly functional roads.

The funds with the panchayat were very limited. However, it was deduced by Mr. Patel that money with the panchayat was sufficient; it was improper utilization that led to halt of progress. The panchayat started with a capital of INR 25,000 and today these deposits have reached as high as INR 45 lakh.

The Progress over Years

Over the term of 8 years, in conjunction with district administration, the sarpanch gathered funds acquired from various heads dedicated to development such as the Backward Regional Grant Fund, District Planning Commission, Self Help Group Yojnas, and 12th Finance Commission. Thus began the process for development of this remotely located village.

The results were obviously and it was only recently that it inspired the Central Ministry for Rural and Urban Development to study this development model.

What went into the Urbanization?

As confirmed by 2011 census, the village Punsari had a population of 5500 which increased to 6000 by the year 2012. Under the development plan, the village has a sub-station of 66 KV that provides power to each and every household. The village also flaunts of concrete roads along with water purification RO plant, toilet for each house, banking facility, solar-powered streetlights, Health Centre, proper drainage and sanitation system that is totally underground. 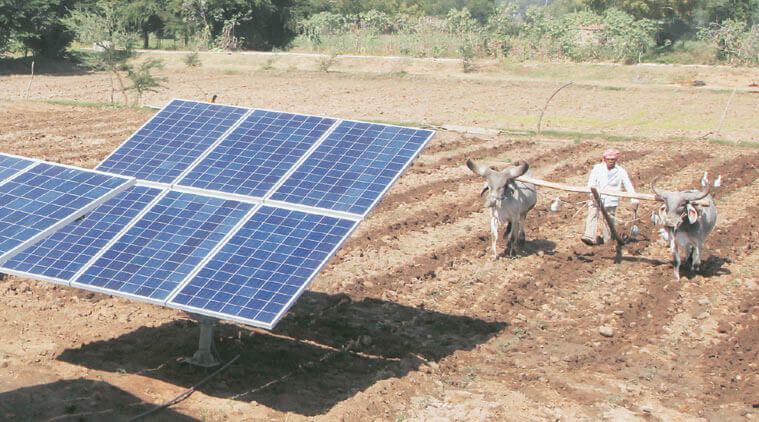 Add to this list the presence of schools that are equipped with smart technology for education and CCTV cameras, Wi-Fi connectivity, speakers at various junctions of the village, and a bus-service that is independently run by the panchayat. The village has a total of 140 speakers that are water proof placed at strategic places to broadcast shlokas, bhajans, or Gandhian Philosophies. Additionally, it also keeps the people informed of government regulations, new schemes, as well as latest development projects.

Given his efforts to change the village, Himanshu Patel was honoured with Best Gram Sabha Award at 3rd National Panchayati Raj Day which was held at the capital New Delhi. Additionally, he also received Best Gram Panchayat Award by the then Chief Minister Narenda Modi in Gujarat. The model opted for village development was also praised by Nairobi delegates who were keen to replicate the idea for Kenyan villages.

Most of the villagers in Punsari depended on milk as the source of revenue which required them to walk 2kilometers every day for transportation of the same. This was also true for pregnant ladies that often led to high MMR (Mother Mortality Rate) and IMR (Infant Mortality Rate). This issue was completely resolved as the village acquired its own transportation facility. Today, with a small token of INR 2, the mini bus drops these women to the milk banks & back to the home. Additionally, every villager here is 100 percent vaccinated with no issue of malnourishment.

Punsari is located in the Sabarkantha district of Gujarat. The village is reachable via local mode of transportation such as government approved buses and the Panchayat’s very own funded bus from Gandhinagar which is the state capital. The distance between Punsari and Gandhinagar is about 80 kilometres. Additionally, you can also book private cabs from Gandhinagar to reach this village. Apart from that, Dhansura Railway Station serves as the closest Railway Station to and from Punsari.

Punsari marks the first line for many villages in India that will surely see the light of spectacular development in the years to come. With this village inspiring people way beyond the borders of India, the country is sure to obtain a reputable position in the world map.