India, the country of colors, is like a box that’s jam-packed with mysterious places and unusual happenings. Ladakh is such a place which raises a lot of question in our minds. And people who have experienced it would agree to that. Undoubtedly, this place is heaven for people during summers, but there’s more to this beautiful place. A small road of about 30 km that stretches towards Kargil has mystified everyone. 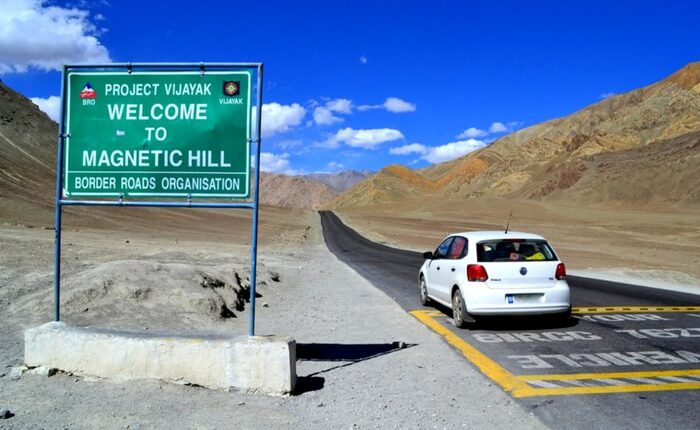 When it comes to this particular road, gravity seems to take a step back. Popularly known as “Magnetic Hill” of Ladakh, this road would prove your knowledge of gravity wrong. You can say that this is the only place in the country which defies the rule of gravity.

What happens at Magnetic Hill?

There’s a specific area on this road where a box is painted. If you want to experience it, park your vehicle over it and turn off the engine. At a speed of 20km/hr, your vehicle will start moving towards the uphill. Mysterious, isn’t it?

Now let’s come to the theory part. Let’s see what the explanations behind this are. Most commonly, it is believed that this mysterious phenomenon occurs because of the presence of a strong magnetic force that pulls vehicles upward. In fact, the airplanes flying over the vicinity, increase their height to avoid such interference. 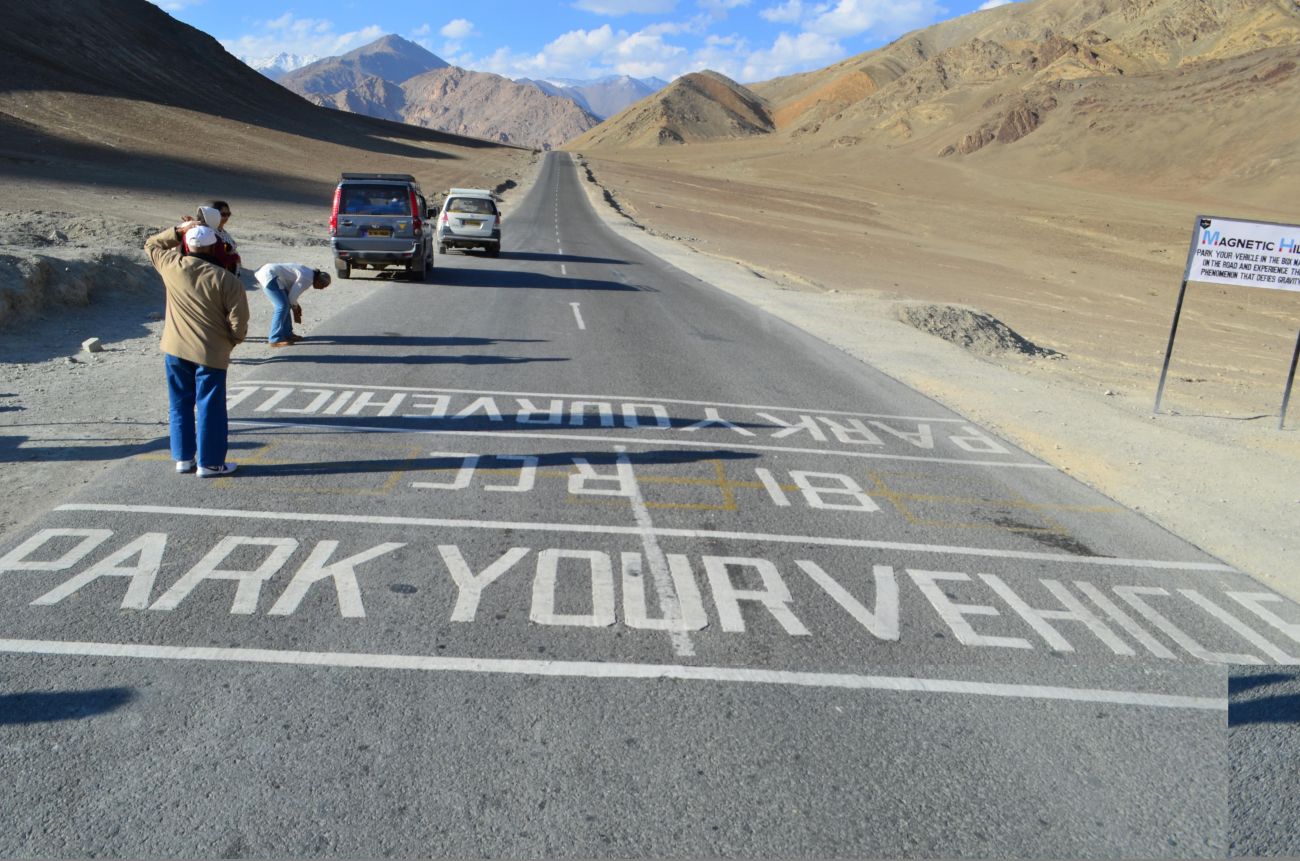 Though not every passer-by is aware of this phenomenon here, people who are familiar with the wonder stop their vehicle every time they pass from there. Travelers from all across the world have experienced this strange phenomenon over the highway.

On the other hand, if you discuss it with the locals, especially villagers, you’d be getting a different story. Their side of the story says, once, in this place, there lied a way that went straight to heaven. People who were pure and deserving would experience this strange yet amazing phenomenon. They believed this path led them directly to God.

On the contrary, people who are not deserving can never go up in any way. While some villagers believe this concept to be supernatural, others blow it off, considering it as just a story cooked-up by the locals. 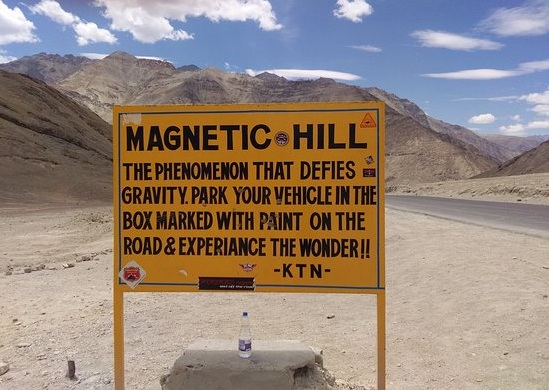 Moreover, there are people who consider this entire phenomenon to be fake. Every legend has its critics, right? The same goes for the Magnetic hill. There are many criticisms that prove the gravity-defying theory wrong and fake. Most of the time, they doubt drivers, thinking that the driver is misleading them by keeping the vehicle in motion instead of turning off. And others, not knowing where the exact place was, stopped at some other place, hence, considered the story to be fake.

The Theory of Optical Illusion

Another theory contradicts the theory of magnetic pull. As per this theory, there’s no magnetic force in the hill. Also, it explains why one experiences such a strange phenomenon. It replaces the gravity-defying theory by the “optical illusion theory.” In this theory, it stated that due to optical illusion, the downslope appears to be an upslope. Therefore, while the vehicle is going downhill, people feel as if it’s going uphill. 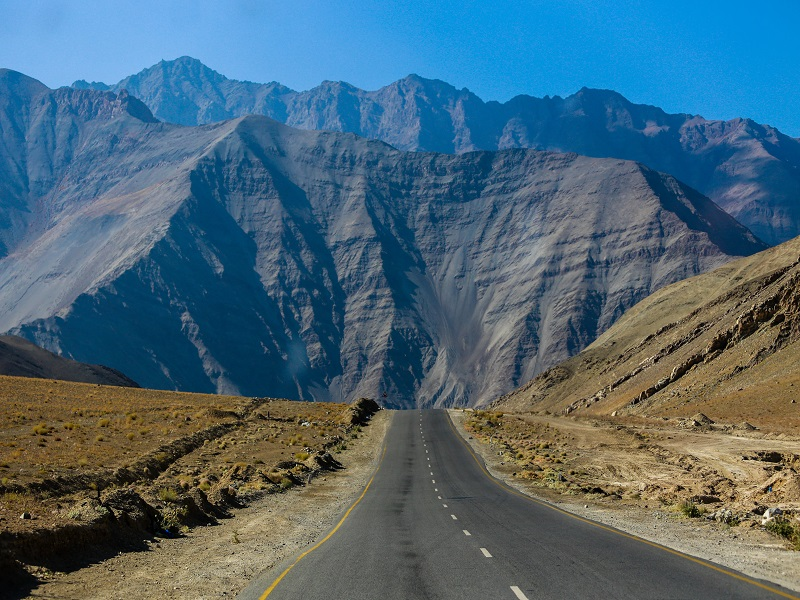 So, this is only an illusion that has given rise to the belief of the “Magnetic Hill.” They say, there’s no defying of gravity. Here, this happens only because your mind is deceived by the illusion.

Do you want to enjoy the view of the mountains while you’re on your way to your destination? Then take a bus. Several private and state transport busses frequently run to that region carrying tourists. Besides, if you want more privacy, take your own vehicle.

Nearest Airport: Leh International Airport is 32km distant from Magnetic Hill and is considered to be the nearest airport to this highway. As it’s a famous tourist spot, taxi services are easily available at affordable rates.

As it’s a one-time life experience, you shouldn’t keep yourself confined to this particular region. Explore the regions in and around the magnetic hill. Nimmu valley offers a magnificent view of tourists. It’s a place where the two rivers (Zanskar and Indus Rivers) meet. Remember to carry enough snacks with you as it’s very hard to find eateries here.

After reading every theory, you must be having second thoughts about the Magnetic hill. Are you not sure whether the phenomenon is true or not? Well, then its time to pack your bags and experience it yourself. We would also recommend you to believe what you’ve experienced yourself instead of accepting theories that are posted online. So, this summer, plan a trip with your friends to the great “Magnetic Hill” of Ladakh.

Previous A 500 Year Old Tibetan Mummy of Monk Sangha Tenzing at Gue Village, Spiti
Next 8 Reasons Why Florida Should Be Your Next Family Destination