A village which stands proudly amongst all the villages in India is Madhavaram of Andhra Pradesh. What makes this village so unique is that each household of this village has at least one person serving the valiant Indian army. Hence, the village is often referred to as Military Madhavaram. It is the aim of every youth of this village to be associated with the military and serve the motherland. It is a matter of pride for the inhabitants for this decision.

The mention of this village has been since 17th century A.D. This village was a part of Gajapati dynasty, a powerful empire ruling Kalinga, modern-day Deccan, Odisha, and Andhra Pradesh is a part of which. The village has been labeled as Madhavaram after the valorous king Pusapati Madhava Verma Brahma. A fort was constructed at about 6 kilometers from Madhavaram at Arugolanu village. This fort was purposed to serve as a protective barrier for his kingdom. Many soldiers from Odisha and Andhra Pradesh were deployed for this work of defense.

They had been allocated agricultural lands and proper houses to settle. These soldiers found their new homes at Madhavaram and continued to reside there. The fort of Arugolanu is in ruins today but can still be seen. Ever since the foundation of this village, people of this village keenly join the military. The descendants of Madhavaram have performed faithfully for the kings of Pithapuram, Warangal, Palnadu, Kakatiya, and Bobbili. This tradition has persisted generation after generation and still continues to be in.

The Heroes of Madhavaram

The villagers have been a part of the British Empire in India as well. They had served in various regiments all across the country. About 1200 soldiers from this single village had witnessed and been a part of the First and Second World War. The village presents with great dignity about its heroes who fought with immense courage and bravery. SubedarVempalli Venkatachalam was awarded the titles of Rao Bahadur, GhodaSubedar, PallakiSubedar, and the Victoria Cross Medal, which was the highest award for gallantry in the British colony. It is not just him but his son Markandeyulu who also followed the footsteps of his father in the military tradition. 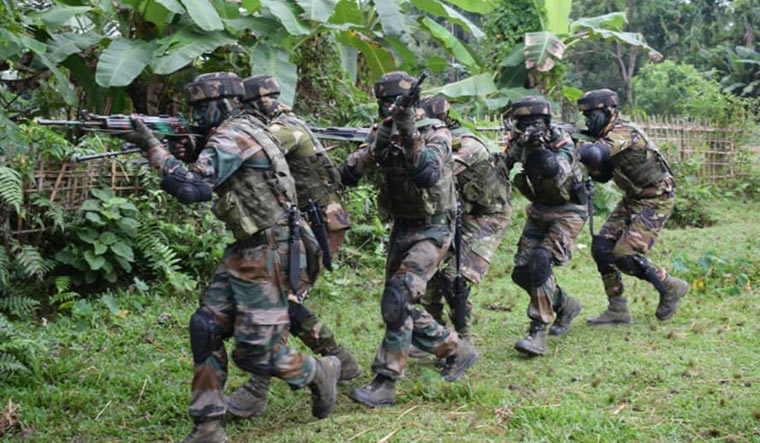 Markandeyulu has conferred an award of old warhorse for his work during Sino-Indian war. He has also pinned a medal for the 1965 Indo-Pak war and the liberation war of Bangladesh in 1971. The grandson of SubedarVempalli, Subbarao Naidu has served the Indian Army as havildar. The great-grandson of SubedarVempalli, Manas has also been selected for the army. The village has always been the part and parcel of every independent war that India has fought even before independence. About 250 people from Madhavaram are guards of the nation’s rim.

If you think that it is only the men of this village who have been recruited by the defense system of the country, then you might have to rethink. Since the time Indian Air Force and Indian Army have opened the gates for women to work for the country, even young girls from Madhavram have started applying. They are also motivated by their forefathers and family members to join in the service of the nation.

It is due to the military tradition of Madhavaram that has continued form ages that the village is highly respected and recognized by the countrymen of India. An Army Training Center is currently being planned to be set up in the village by the ministry of defense. The Army Training Center is decided to be well equipped with modern warfare techniques and weapons in association with Bharat Dynamics Limited. The village will be renamed as Military Madhavaram on records and is delightful news for the residents. The village development is also being looked after.

The intrepidness of the village has been there in the bloodline of all the youngsters. But the village deserves to be placed under the limelight in front of the world. Therefore, a number of movies and documentaries are being shot about Military Madhavaram. Much of the movies cite the example of the village to encourage youngsters of India to join the military.

The villagers believe that it is the power of God residing in Poleramma temple at the village entrance who protects the soldiers on the battleground. Madhavaram has an Ex-Servicemen Association of about 1200 members. The association takes care of the village, run small business, own security companies, and more. Even if they have retired, the military spirit in them is still alive. They inspire the kids to move in the direction of country service. In fact, the women in the village have a preference for military men for marriage.

One can board a flight or train to Chennai. Madhavaram is just 10 kilometers from here. Bus services, taxis, cabs, and other vehicles are available in hand from Chennai. Alternatively, one can reach the 300-year-old military village through a bus from major cities and towns like Ananthavaram, Tirupati, Tadepalligudem, etc.

The village is worth visiting at least once in the lifetime to experience the pride and happiness that the villagers take upon for the sake of our country. The village is a living example of patriotism.