Admin May 8, 2020 Incredible Places in India Leave a comment 705 Views

Tamil Nadu is a state of temples, hill stations, historical monuments, and beaches as well. The beauty that you can experience here is exquisite and a complete treat to the eyes. One of the places in Tamil Nadu has gained popularity for more than its scenic beaches, and picturesque monumental views. It is the village of Cooks –Kalayur. The village is one of the offbeat places in Tamil Nadu that is infamous for boasting its unique features.

Fire is undoubtedly one of the most astounding innovations of human evolution. Fire not only did provide protection, light, and warmth but also the method of cooking was evolved due to this very reason. Cooking in the 21st century has become more of a purpose of recreation and pleasure than just mere necessity.

The Origin of cooking in Kalayur

A minuscule village of Tamil Nadu in the Ramanathapuram district has taken cooking more seriously than the rest of us. Kalayur has a population of not more than 1450 people, out of which 200 work as professional cooks. The village is nestled at 300 km distance from Pondicherry, and the minute you are close to entering Kalayur, your smelling senses will be greeted with the explosives of aromatic spices. 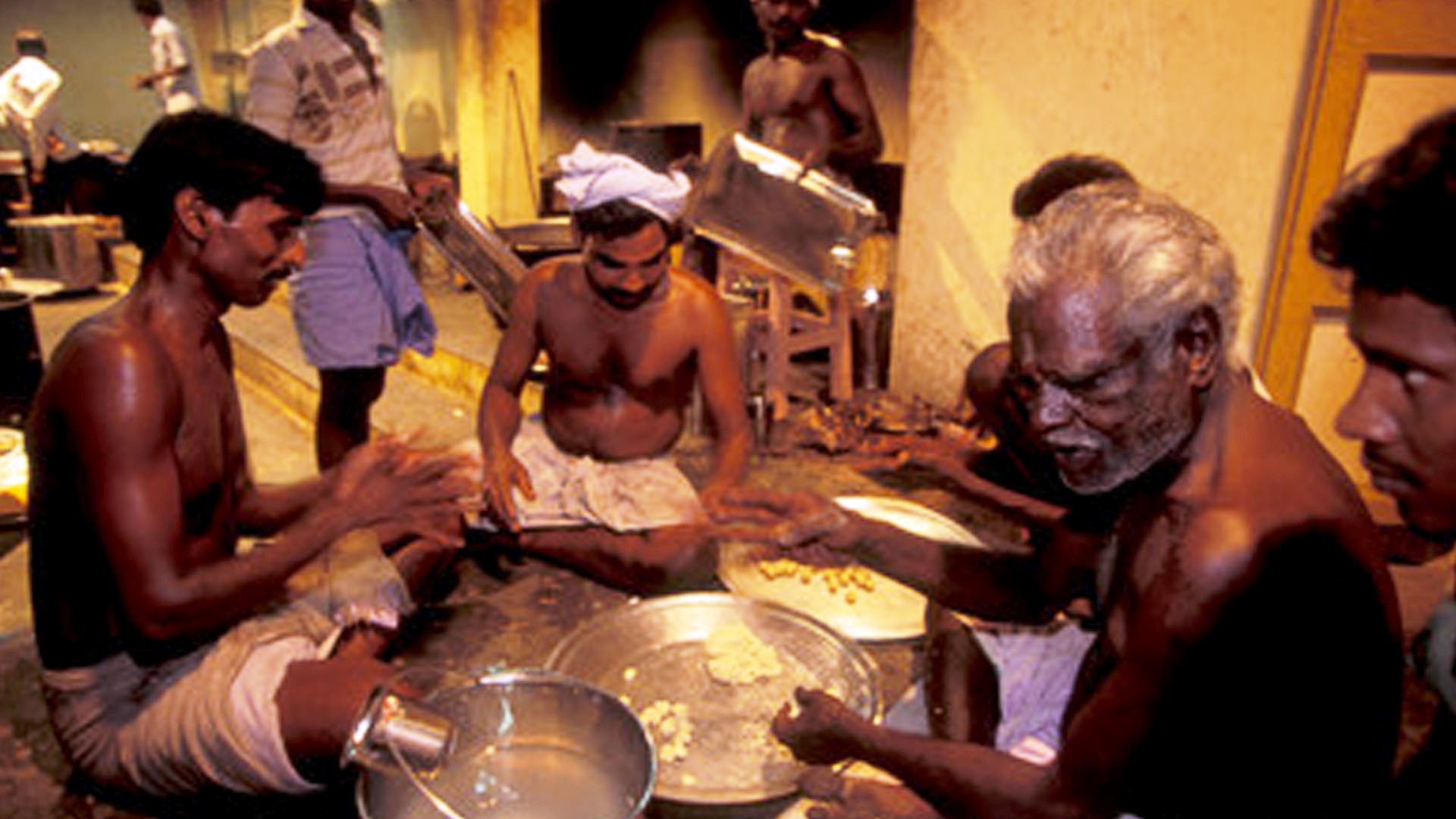 Every family in Kalayur village has a cook, and we are not talking about the women in the house here. It is believed that the people of Kalayur are blessed with the best cooking genes, only which could define the reason behind producing an army of cooks almost every year. The history behind the origin of cooking in Kalayur village dates back to several centuries. All of this started when a lower-caste man from Kalayur was given the job of a cook by a tradesman. This was the time when the residents of this village were losing interest in farming due to the decidedly less profit extracted. As a result, cooking took a surge in Kalayur village at such a rate that, today, the place is renowned for its food and the cooks that it serves the country with.

How is a cook selected in Kalayur village?

The oldest cook residing in the village is somewhat around 65 years old. The people here take pride in the achievements made by Kalayur with their advancing cooking techniques and secret recipes that have been passed down the generations. The village is in high-demand for serving wholesome, high-quality, and mouth-watering delicacies. The popularity of the cooks here is very high, which is why one needs to book six months in advance to hire a cook from the Kalayur village. 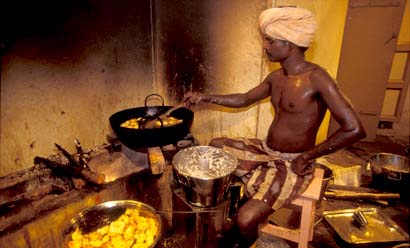 The training for becoming one of the best cooks in the country starts at the tender age of 12, here. The kids are given spices to play with instead of the usual toys. To furnish a cook here, it takes years of hard work and patience for a youngster to turn into a cook in the Kalayur Village of Tamil Nadu. The senior cooks train the kids and the young adults about every ingredient and recipe of each dish, descriptively. An apprentice starts with learning to chop down the veggies and glides through the different steps of cooking smoothly to become an expert.

Although the father-son duo of passing on the tradition of business or knowledge seemed to have eradicated from the world, in Kalayur village, you can have a vivid view of how generation after generation the tradition of cooking is being preserved. The youngsters of the village believe that they can not only earn a livelihood from the profession of cooking but also can remain connected to their roots and preserve the heritage of their families and their village altogether.

The village is located in district of Ramanathapuram, of Tamil Nadu state, which is at a distance of 9 km from Paramakkudi. Therefore, you need to take the help of means that can commute you to Ramanathapuram to reach Kalayur village. You won’t face any difficulties in traveling to Kalayur village via road, because the village is well connected to other cities in Tamil Nadu and is accessible.

Nearest Airport: The nearest airport to Kalayur village is nestled in Madurai, which is at a distance of 90 km. Once you have landed in the Madurai Airport, you can either take a direct cab to the village or make use of the public transport

If you are a food lover, then there is absolutely no reason as to why you should avoid visiting Kalayur. You must take some time out to visit the village of cooks once in your life if not for anything else for the sake of savoring on the delicious delicacies prepared here.