Asola-Fatehpur Beri are the twin Indian villages, nestled towards the south-side of Delhi. The twin village has been tagged as the “Country of Musclemen.” The Indian village is also touted as the “village of bouncers” for the fact that Delhi receives most of its bouncers from Asola-Fatehpur Beri. Musclemen are needed in Delhi in enormous amounts for the weddings, malls, for the shooting of films, and even for some of the schools, and colleges apart from that of the nightclubs, parties, and pubs. And the prerequisites involve having an enchanting and stand-out-from-the-crowd physique without any criminal records.

Combination of modern and rural India

When it’s Saturday night in Delhi, all you can see around is youngsters reeking of alcohol and cheap body sprays, gleefully taking troops to the nightclubs to groove to the blaring Punjabi pop. However, what separates the young adults from entering to the nightclubs is a wall of muscles. The entry is guarded by the square-jawed bodyguards identically clad in bicep-baring tees and jeans, with arms larger than the size of thighs, stand impassively to check against the entry of Drugs and ammunition. 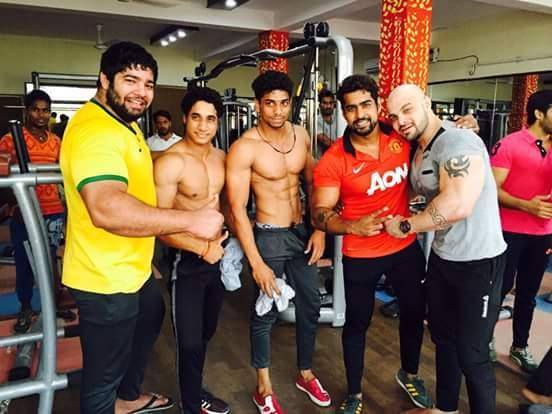 The bouncers have one thing in common, and that is almost all of them belong to the twin urban village of Asola-Fatehpur Beri, which is located towards the exclusive and posh area of Southern Delhi, lined by the farmhouses of the VIPs of the city. Fatehpur Beri exemplifies the caught up time warp between emerging India and its rural extravagance. While Southern Delhi hovers with high-walled iron-gated communities with landscaped gardens, Fatehpur Beri is the place where the buffaloes feed on the discarded bathtubs.

More than 200 youngsters from the village of Asola-Fatehpur Beri provide musclemen for the protection of nightclubs and bars in the Capital of our country, securing the private colleges and safe-guarding the businessmen. They call it “Bouncery” here, which is one of the entirely reputable professions of Asola-Fatehpur Beri is dominated by the Gujjar community. Most of the bouncers from here back the common surname –Tanwar, while worshipping their ancestors and frowning upon “love marriages.”

The inmates of the twin villages have a notion that they are the protectors of businesses in Delhi. And they are possibly the healthiest village in the city as their boys don’t drink, smoke, or even watch pornography. Here, the lean figure is considered to be an expletive, and muscles are regarded as the ticket to fame. Although Enfield is not the official ride here, more than 100 Bullets are registered from these villages. The Royal Enfield Bullets are not only used as rides here but are lifted in contests to show off impromptu strength.

The exact time and date aren’t marked in the history of surging bouncers. Still, the villagers exuberantly describe an incident, which notably marks about the beginning of the whole “Bouncers” journey. There is a story behind Vijay Pehelwan wearing a white T-shirt with a quote, “Don’t ask me who Picasso is.” Somewhat fifteen years back when Vijay Pehelwan was muddying his legs in the akhara of the village, an owner of a pub from Delhi, paid him around Rs 10000 to take five boys for guarding a wedding held in Delhi. The money was a big deal for the people of Fatehpur Beri, whose recreational wrestlers’ only options were low-paid government jobs and farming. The economic boom in the mid-1990s gave rise to malls, nightclubs, and barrooms altogether in the Capital, which further made the owners lookout for more than just the skinny security guards to maintain peace. This was when the void was filled by the Asola-Fatehpur Beri’s boys. Classified Ads now routinely ask for bouncers from the village as they are a must-have for the high-class events conducted in Delhi.

The twin village of Asola-Fatehpur Beri is located towards the Southside of Delhi. Therefore, you can use various means of transport to reach out to the villages. You can use the nearest metro station Chattarpur to reach the twin villages.

The villagers of Asola-Fatehpur Beri take pride in supplying some of their fittest men for the job of bouncers in Delhi. And they believe that if the majority of youngsters in the village are indulged in fitness and health, it is no less than an achievement. There is a gym of 3000 sq ft in the village wholly dedicated to the training of the bouncers. The area is well cemented and is lined with different weights and machines, where the young adults of the village grind and grunt a little to achieve that pump. The akhara has the disposition of being the single-most-important place to hang out in the village.

You must take some time out to come and take a look at one of the fittest villages in India, whose youngsters are indulged in working out and building muscles. That serves as an inspiration for everyone to stay fit.