When one hears the word “Mummy,” they immediately associate it with the pyramids and mummies of Egypt, where the bodies have been preserved by using artificial chemicals. If you look around, you can find a lot of museums in India where such mummies are kept. So, what’s unique about this mummy at Gue? Well, you are not going to believe until you see it yourself. Here, the mummy that’s situated in the Gue village of Himachal Pradesh had been preserved by following a completely natural method. 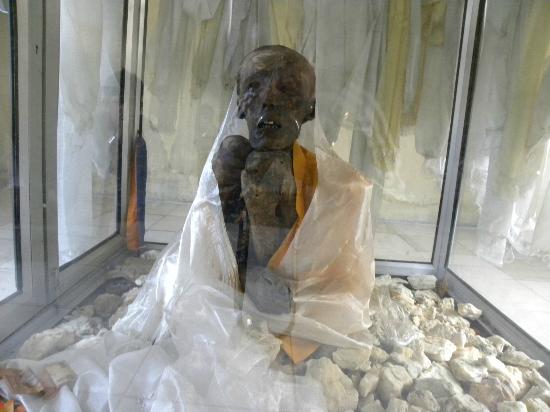 There’s no sign of any chemicals. Even after being 500-year-old, the mummy stands with its teeth, hair, and some skin intact. Quite different from the Egyptian mummy, right? Now let’s see what’s more to this story.

Where did it come from?

Unlike the artificial way of mummification, the Buddhist monks follow a very different and unique process. These monks start preparing for it when alive. In order to reduce the content of fat from their body, they stop consuming rice, beans, and barley and starve themselves. In addition to that, as preparation of death, he puts candles all over his skin to dry it out. Starvation leads to the monk’s death in the seated position. Post-death, the remaining fat content putrefies, which ensures better preservation of the body. After death, the monk’s body is kept in a secret room underground for 3 years to dry out before being treated again with candles. Statues of such monks have been discovered all across the world.

How was the Gue Mummy discovered?

An earthquake hit the Spiti valley in the year 1975, which resulted in the opening up of a tomb. When people went inside to see what’s there, they were shocked. Inside the tomb, the mummified body of the Sangha Tenzin was found. The mummy stood it’s with skin, teeth, and hair intact. However, it was in the year 2004 that the tomb was excavated, and mummy removed. Amidst the beautiful Gue village, a tiny museum was established to showcase the Sangha Tenzin’s mummy. Locals placed the mummy inside the museum, and the mummy was separated from the outside world through a thin glass sheet. The mummy remains at a seated position so that he could continue meditating even after death. Even after being devoid of artificial preservation, the seated mummy shows no sign of deterioration. 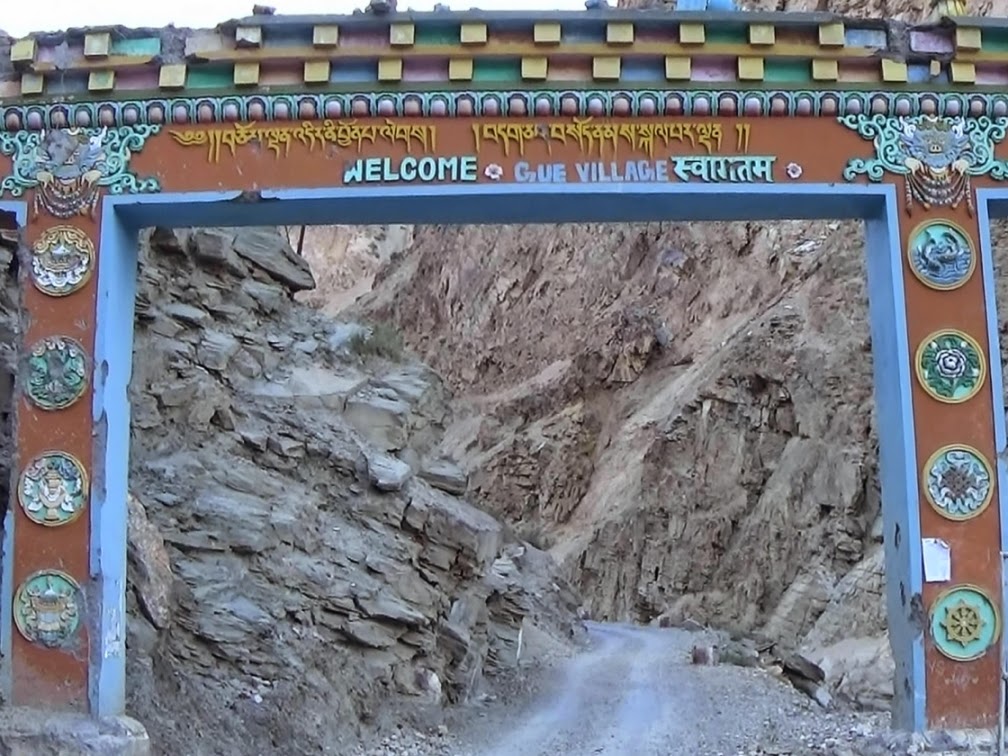 Why locals have so much respect for this mummy? Locals believe that Sangha Tenzin sacrificed himself to protect the village. Following a scorpion infestation, the monk ordered his followers to let him start the process of self-mummification. People say that when his soul left the body, a rainbow was formed. And this led to the end of a scorpion infestation. Around thirty such mummies who have been mummified through the natural process have been found all across the world. An island of Japan, Northern Honshu has the largest number of such mummies. Their monks have also followed the same process of mummification as in India.

Gue Monastery – Dedicated to the monk

As said above, people have immense faith and respect for Sangha Tenzin because he sacrificed himself for the well-being of the village. Therefore, a monastery has been built for honoring him. From the temple complex, you’d be able to view the whole Gue village. Dry mountains surrounding the village gives a panoramic view. A narrow stream of water rolling down from the snowy mountain flows across the village. 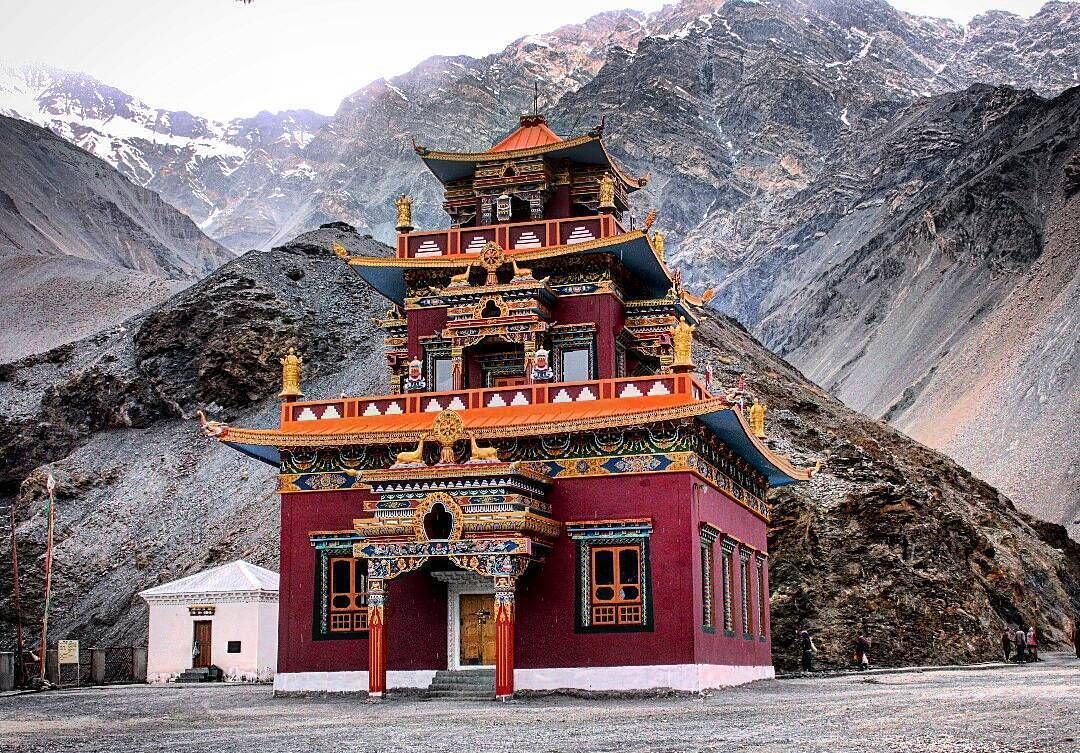 And if you’ve got hungry and tired due to traveling, there’s a shop around the corner serving basic eateries. Against the dull backdrop, the Sangha Tenzin temple seems strikingly vibrant and beautiful.

There are no buses to Gue village. Therefore, after reaching the Spiti valley, you have to hire a local taxi or book a cab to take a tour of the village. Despite housing the only natural mummy in the country, the place remains devoid of a proper system of transportation.

Sangha Tenzin’s mummy remains the most precious and rare artifact for India. Though, the country houses hundreds and thousands of temples. However, when it comes to natural mummy, the country only has one. Most of the travel enthusiasts are not aware of the place. Now that you know about this little place, we hope you pay a visit to this mummy. 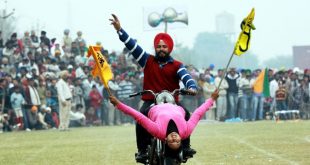